Home / Blog / What is a Polar Coaster? 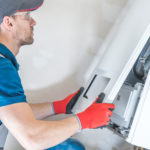 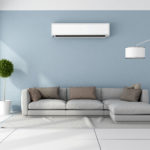 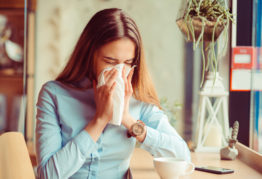 Allergies and Anxiety: The connection between anxiety and your HVAC System

If you or someone in your home has allergies, you are probably all too familiar with the physical symptoms. Coughing,… 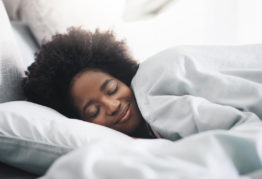 Jump to our infographic on polar coasters

What to Expect from This Winter Phenomenon

There have been predictions that the United States is in for another chilly winter. The Farmers’ Almanac coined the term Polar Coaster this year, based on its prediction that temperatures will be volatile.

According to their editor Peter Geiger, “Our extended forecast is calling for yet another freezing, frigid, and frosty winter for two-thirds of the country.” In an interview with News Center Maine, he also highlighted “up and down temperatures.” They predict that cool temperatures will set in late January or early February.

Farmers’ Almanac expects areas east of the Rockies to the Appalachians to experience the coldest winter. The Midwest and Northeast are also expected to experience above-average precipitation, including rain, sleet and snow. The Southwest and Pacific Northwest will experience relatively normal temperatures.

While the North Oceanic and Atmospheric Administration agrees that the United States will experience above-average precipitation and fluctuating temperatures, they don’t believe that we’ll face below-average temperatures this winter.

Changes in weather are caused by the movement of air masses. Warm air masses in the south and cool air masses in the north are separated by a jet stream, which is a band of strong wind that lies miles above the earth’s surface. During the winter, the temperature difference between these air masses is largest, so the jet stream is the strongest.

Fronts are boundaries where air masses converge. There are four types of fronts: cold, warm, stationary and occluded.

A cold front occurs when a cooler air mass forces warm air up and out of the area, typically moving from a northwesterly direction to a southwesterly one. During a cold front, it is not uncommon for temperatures to drop more than 15 degrees within a single hour.

The weather may be warm and the dew point high and steady when suddenly the temperature and dew point experience a sudden and sharp decline, signaling a cold front. After the initial front passes, the temperature continues to steadily decrease.

A warm front, on the other hand, replaces the dense cold air mass with warmer atmospheric temperatures. There may even be another phenomenon at work during a rapid warm front, known as a “heat burst.”

A heat burst is a sudden and localized increase in air temperature paired with strong winds and a decrease in humidity and dewpoint temperature — commonly associated with a dwindling thunderstorm.

During winter months, the cold polar front, the intersection of polar air and tropical atmosphere, moves down to lower latitudes. Since colder air is denser, it undercuts the warmer air and atmospheric pressure decreases, creating a large horizontal temperature contrast. This is why the temperatures in the southwestern U.S. will experience a normal winter, but northeastern states might experience a polar vortex.

What is the polar vortex and will it come back?

Last winter, you probably heard “polar vortex” all over the news. Many Midwestern states were hit with record-breaking subzero temperatures. While this was a unique phenomenon for the United States, the polar vortex actually exists year-round at the North and South poles.

It is an area of cold air and low pressure. The cold air flows counter-clockwise, which is why it’s called a vortex. A few times throughout the year, especially in winter, the air masses experience high pressure and the jet stream weakens, shifting south. This is known as Arctic Oscillation. The polar vortex can shift as south as Canada and parts of the US, causing them to experience freezing temperatures.

Will we experience the polar vortex again this year? Paul Pastelok, AccuWeather’s Expert Long-Range Forecaster, believes that it’s unlikely, at least in early winter: “The polar vortex is particularly strong this year, and that means that frigid air is likely to remain locked up over the polar region early in winter.”

Is climate change causing the polar coaster and polar vortex?

Although it’s possible climate change is having an impact on shifting weather patterns, polar vortices have been a topic of discussion in meteorology since the 1800s.

The polar vortex is a naturally occurring phenomenon with no evidence of being caused by pollution.

If this year’s forecasted polar coaster materializes with record-breaking shifts in temperature we may be able to link the volatility to a changing macroclimate; but given that there is evidence of wavy polar vortices in history, we won’t likely be able to make a determination with sufficient confidence.

Cold weather and your health

Cold weather can be more than unpleasant, it can also compromise your health. Two common illnesses include frostbite and hypothermia. It’s important to recognize the signs of these and know how to respond.

When the body’s core temperature drops below 95 degrees

When venturing outdoors, make sure you understand what the temperature feels like (including wind chill) and how long you can safely be outside. Be extra cautious with babies and seniors who are more sensitive to the cold.

Indoors, close rooms that don’t need to be heated to direct heat to the proper areas. Ensure your heating systems are working and consider having a redundant system in case anything breaks in the midst of a polar coaster.