Home / Blog / Renewable Energy in the U.S.: What’s Most Important to Americans? 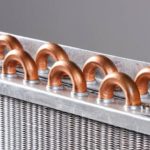 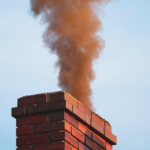 How to Reduce Your Household’s Carbon Footprint 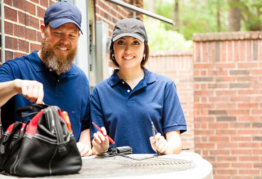 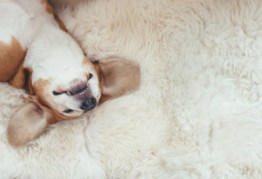 Preparing Your Home for a New Pet

Do you think twice about turning your heat on at the first sign of winter? What about A/C in the summer?

With the risk of climate change and the rising price of fossil fuels worldwide, interest in renewable energy has grown stronger in recent years. Renewable energy, or energy that is obtained from renewable resources, has been around for millions of years. Prior to the use of coal in the late 19th century, relying on natural resources was part of life — think burning plant and animal mass to fuel fires or bathing in hot springs. The detriment that fossil fuels have left on Earth has thrust society to modernize practices that have existed for centuries.

How are Americans responding to the use of renewable energy?

We surveyed Americans to learn whether they think renewable energy is important and how far they’d be willing to go to benefit from it.

There are different types of energies that are considered renewable, which have become increasingly popular over the years. In fact, in the past ten years, the U.S. has increased its consumption of renewable energy from 7.17 quadrillion British thermal units (Btu) to 11.52 quadrillion Btu (an increase of 4.35 Btu).

Compared to 20 years ago, when renewable energy consumption was at 6.51 quadrillion Btu, you clearly see an exponential increase in usage in recent years. Let’s learn more about what types of renewable energy are out there.

Solar energy: One of the most well-known types of renewable energy, solar energy, is produced by harnessing energy from the sun through solar panels. Solar energy is used to create electricity, which can be used to power anything from an electronic device to an entire home.

Wind energy: The process for harnessing energy through wind power boils down to a basic principle. The wind turns the blades of a turbine around a rotor, similar to a fan, which spins a generator that produces electricity. Similar to solar energy, wind energy is used to power homes, businesses, schools and more.

Hydroelectric energy: Dating back to the 19th century, hydroelectric power has been used to produce power in the U.S. for decades. It’s produced by converting the energy harnessed from  fast-flowing water, such as rivers or streams, into electricity.

Geothermal energy: Believe it or not, geothermal energy has been used for thousands of years. It’s derived from the Earth’s internal heat and found via steam and hot water beneath the Earth’s surface, which is tapped to create electricity or to heat and cool buildings directly.

Biomass: Biomass is organic material that comes from animals and plant material. Biomass contains energy stored from the sun, so when it’s burned, the chemical energy is released as heat. Examples of the process are when wood, agricultural crops or waste materials are burned to heat buildings, generate electricity or are converted to liquid biofuels.

We asked Americans what the most important reason was to use renewable energy and found that those over the age of 65 had more concern for future generations than those who it directly affected.

A majority of those over 65 years old, or 31%, believe that energy security for future generations was the most important reason to use renewable energy. That’s opposed to 16% of those between the ages of 25-34 who believe the same.

However, that doesn’t mean that young people don’t care about the environment. We found that 46% of those between the ages of 18-24 and 47% of those between the ages of 25-34 believe that the most important reason to use renewable energy is for the environmental benefits. Out of the Americans who said renewable energy is not important, only 6% of them were part of Gen Z.

It’s not out of the ordinary to come across a solar roof or wind farm throughout different parts of the U.S., but when we asked which type of renewable energy is most important to our future, most were unsure.

For those who did have an answer, a majority of Americans believed that solar energy was most important at 34%.

The least important renewable energy? Biomass at 4%. This aligns with the use of biomass for energy in the U.S. today, which only makes up 4% of our energy production.

Despite the fact that Americans are interested in the use of renewable energy, a majority are not willing to pay more for it.

This was the case across the board for all ages, but we found that those over the age of 65, many of who are retirees, are even less likely to pay more.

Is education the push we’ll need for a renewable future?

Energy powers our world, providing us with electricity, heat, light and more.

Knowing that, environmental and climate change teachings could be improved. This includes not only heightening awareness but teaching those in and interested in the renewable energy field about what technologies are available.

Despite the U.S. president’s goal to increase jobs in coal and fossil fuel production, people are increasingly getting jobs in the renewable energy field as well. Education, awareness and cooperation are important if we’re to reach the United Nations top three energy-related targets for 2030, which are:

Could renewable energy replace the use of fossil fuels?

For years, executives behind fossil fuel companies stood in front of lawmakers voicing that coal is the future. In fact, in 2010, wind and solar comprised just 1% of the U.S. energy mix. Today, only nine years later, renewable energy supplied more power to America’s grid than coal.

The answer is, yes, renewable energy could (and will) replace the use of fossil fuels. Octopus Energy reports that if we burn fossil fuels at the rate we are today, we’ll run out by 2060. Therefore, there is no option but to shift focus to fossil fuel alternatives.

Climate change isn’t something that one country can slow down — it requires mass adoption.

The Paris Agreement, an agreement signed in 2016 between all nations to undertake efforts to combat climate change, was a positive step towards adopting sustainable practices and growing the usage of renewable energy worldwide.

In the IEA market analysis and forecast for renewables between 2019 and 2014, they found that China accounts for 40% of global renewable capacity expansion over the next five years. Additionally, according to the 2019 Global Trends in Renewable Energy Investment report, China has been the biggest investor at $758 billion between 2010 and the first half of 2019, while the U.S. is second contributing $356 billion.

Although there are established leaders pursuing renewable energy at scale, The Paris Agreement supports countries with thriving economies to assist developing countries to do so too.

Based on our survey results and research, we found that by furthering education around climate change and the renewable resources available, Americans may be more willing to opt for using renewable energy versus fossil fuels. Check out our visual below to recap American’s take on renewable energy in the U.S.

This study consisted of three questions conducted by Furnace Compare through Google Surveys. The sample consisted of no less than 1,000 completed responses per question. Post-stratification weighting has been applied to ensure an accurate and reliable representation of the total population. The survey ran on November 13, 2019.