Home / Blog / Everything You Need to Know about Fuel Oil Coops 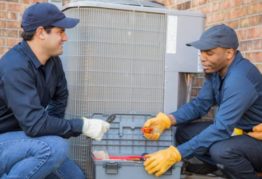 Looking for a Fuel Coop in your area? Search by state.

How to Save Money by Starting a Fuel Oil Coop

The cost of home heating oil has more than doubled since 2005 and is projected to reach record levels again this year. According to the Washington, D.C.-based National Energy Assistance Directors’ Association, which represents state-run, low-income energy assistance programs, the average cost of heating a home with oil in the 2008 – 2009 heating season will be $2,593, up from $1,962 last year — that’s an extra $631 oil users will have to shell out, just to keep warm.

About 8.1 million Americans use oil heat and 78 percent of them live in the Northeast. Nearly everyone will feel the pinch this year, but for those at the very bottom of the income scale, heating oil may eat up as much as 20 percent of their income.

What can you do? One option is to join a fuel-buyers group or cooperative. A fuel co-op is a group of customers who combine their buying power to negotiate lower prices with heating-oil dealers. Members of co-ops can save as much as 10 to 20 percent over prices paid by individual consumers. Co-ops can negotiate other deals as well, such as discounts for annual maintenance contracts.

First, find out if there are any co-ops in your area. (Here is a list of fuel oil co-ops to get you started.) Large, highly organized co-ops are operating in several northeastern states. The Energy Cooperative in Philadelphia is a good example; founded in 1979 by members of a food co-op, it has grown into a member-owned, nonprofit organization with a paid staff and more than 6,500 members in southeastern Pennsylvania. Like some other big co-ops, it charges a membership fee and offers bio-heat and renewable electricity as well as conventional heating. Similar groups include the Massachusetts Energy Consumer Alliance and the NYPIRG Fuel Buyers Group, which is one of the few organizations that runs both heating oil and natural gas co-ops.

At the other end of the spectrum are small, informal co-ops in which residential customers negotiate directly with dealers. If you can’t find an existing group, start your own. All it takes is a little talking, first with your neighbors, and then with a few local fuel dealers. (Are you curious as to why oil dealers like coops?)

How Much Can You Save?

Savings rates through large co-ops are available on their websites, and range from $0.10 to $0.40 or more per gallon for heating oil. These co-ops usually deal with more than one dealer, because few companies can serve such large geographic areas, so prices may vary depending on location and dealers.

For smaller groups, the amount of savings depends on the number of people in the group and how much is used in a typical winter. In Philadelphia and surrounding suburbs, where the housing stock ranges from small row homes to large mansions, usage can vary from 600 to 800 gallons of oil per year for smaller homes to 2,000 gallons or more for big houses. In 2005, the national average consumption was 860 gallons.

Madbury co-op member Ruth Davis explains the discount for her home: “At our fuel company, we save about $.30 per gallon as compared to the non-coop rate. Since we’re buying 900 gallons this year, we’re expecting to save $270.”

Larger co-ops often operate like retailers, allowing customers to choose their level of commitment. Pennsylvania’s Energy Cooperative lets members choose between automatic deliveries, billing plans, or C.O.D., or to shop outside the co-op.

That works well for one customer, Phillip Seitz, who uses the co-op both for his home and for the historic site he works for. He can sometimes negotiate a steeper discount than the co-op is offering for his workplace, which has a very big tank, because dealers save money by delivering large amounts to one location. “Usually, though, I know I’m getting the cheapest price available at the time from the co-op,” he says.

There is little to indicate that the demand for oil — along with its price — will go anywhere but up over the long term. The bottom line is that, when it comes to purchasing heating oil, there is strength in numbers. So, instead of shivering in your boots thinking about the cost of keeping your house warm this winter, zip them up, go outside, and talk to your neighbors.

How to Start a Heating Oil Co-Op

In 2004, when Barbara Troxell decided to launch a heating oil co-op in Madbury, New Hampshire, she hit the sidewalks. “I went around and put a flyer in all the mailboxes in my neighborhood asking people to contact me if they were interested,” she recalls.

About 14 people responded. Next, Troxell began calling dealers and met with a few in person to ask about prices for the coming year and if they would consider offering a discount to a large group. The group settled on the company Troxell had been using as an individual customer because she knew they had a good service department. “Once I could tell them how many households and the approximate amount of oil our members would use, we worked out a price,” she says.

In addition to rate discounts, Troxell negotiated a $40 discount on the $179 annual service plan, which includes a pre-season boiler check. Her group has also received “downside price protection,” which means that if the market price of oil goes below the agreed co-op price, members pay the lower amount. She says members earn a “minute” amount of interest, too, on money they pay in advance for the season.

Once word got around, more people wanted in, and the Madbury co-op now includes about 50 families. Troxell stresses that she is not a middleman. Members pay in advance for the entire year — from June 1 to May 30 — and each customer signs a contract with the dealer, gets a bill from the company, and pays directly. Troxell — who also belongs to an upstate New Hampshire co-op that offers propane — says once the group is established, not much effort is required to keep it going.

She explains, “Each spring I call around and get prices, then I e-mail all the members and say ‘Here’s what it’s going for; if you want in, let me know'”. When new members join, they must complete a credit application with the company. “I might give out the applications to the new people,” she says, “but once everyone signs a contract, I’m done.”

If Troxell’s story is inspiring, here’s the homework you need to complete before you start knocking on doors:

Fuel co-ops can benefit heating-oil dealers by bringing in customers and making delivery more efficient. Shannon Hill is head of business development for Simply Green Biofuels, in Portsmouth, New Hampshire, which deals exclusively in biofuels. She says, “From a logistical standpoint, we are able to keep our deliveries nice and tight so that we are saving on expenses (fuel, drivers. pay, etc.), and we are able to keep our carbon footprint to a minimum.”

Hill says the size of the co-op is an important factor from the company’s perspective. “It depends on whether or not the co-op is a group of neighbors or a group of widespread friends, family, or coworkers (where multiple towns are involved). A good rule of thumb is 10 homes on one block, or 10,000 gallons for a widespread co-op — these are our minimums.”

With both dealers and customers bracing for a tighter heating oil market this year, discounts may be affected. Barbara Troxell organized a fuel oil coop of about 50 families in Madbury, New Hampshire. Troxell’s dealer is charging 35 cent per gallon for downside price protection. In effect, the price would have to drop more than 35 cents for it to be worthwhile. The company has also reduced the discount on the service contract.

Ed Peter of Dwyer, Inc., a 133-year-old Philadelphia-based dealer, thinks locking in prices can be risky for everyone. “The market price has been like a roller coaster these past two years,” he says. “We don’t know which way it’s going to go this year.”

Indeed, during the last two years, the price of heating oil actually dropped in the winter. And recently, the cost of crude oil (on which the cost of heating oil depends), took a dip. The stratospheric prices of the past few years have caused people to use less, which results in decreased demand, which eventually drives the price down.

In the early 1990s, oil heat dealers began using hedging and forward buying to help stabilize prices. “In New England retail dealers buy from terminal operators (suppliers) at various locations, including Canada for northern New England,” explains Shane Sweet, president and CEO of the New England Fuel Institute. “Retailers and suppliers can and do use market mechanisms, including ‘futures contracts,’ and can do so either through their suppliers directly or via a third party that offers management of purchasing contracts.”

But, according to the National Oilheat Research Alliance, “Volatility in the market has increased the price of hedges. As a result, few customers are opting for this strategy, which affects both storage and the amount of forward-purchased product.”

List of Fuel Oil Coops in the United States

The US Energy Information Administration reports that about 6 million households in the US use heating oil as their primary energy source for heating their homes.

The majority of coops (also known as fuel oil buying groups) listed below are from the Northeastern states. This reflects the fact that more than 80% of homes that use heating oil are located in the Northeast. However, there are a number of cooperatives outside of the Northeast as well, in Ohio, Wisconsin and Minnesota. While these cooperatives will work with homeowners, they are typically focused on serving farms and small businesses.

If you don’t have a coop in your area, you might want to consider starting one.

Please Contact Us with a link to your website. There is no fee to have your co-op listed.