What are Geothermal Heat Pumps and How do they Work? - Furnace Compare
Skip to content

Home / Blog / What are Geothermal Heat Pumps and How do they Work? 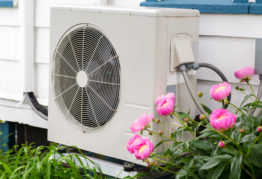 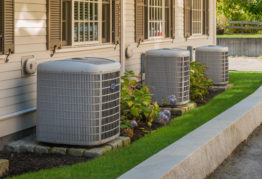 Pilgrim Hot Springs in Alaska are a dramatic and natural form of geothermal heat
Source: Alaska Center for Energy and Power, courtesy of NREL

If you ask an HVAC expert about the most efficient way to heat or cool your home, the odds are good that he or she will mention geothermal heat pumps. Though geothermal heating has been used since the late 1940s, this cost-effective and environmentally-friendly means of conditioning your home has only gained popularity in the past decade or two.

What are Geothermal Heat Pumps?

Sometimes referred to as ground-source, earth-coupled, water-source, or GeoExchange heat pumps, geothermal heat pumps rely on the constant temperature of the Earth’s crust to heat or cool a home.

The non-intuitive feature of a heat pump is that it can generate more thermal energy for heating (or cooling) a home than it consumes. A typical geothermal heat pump can produce between 3-6 kilowatts of thermal energy for every 1 kilowatt of energy that they consume. This is dramatically different from a furnace, which has a maximum efficiency of less than 100%. How do heat pumps perform such apparent magic? Heat pumps move heat that would otherwise not be used from one location (the ground) to another (your home). Moving heat from one place to another requires fewer energy inputs than creating it.

In addition to their efficiency, geothermal heat pumps have a few other benefits:

How many Geothermal Heat Pumps Have Been Installed?

Although geothermal or ground source heat pumps have been around since the 1940s, they have only become common in the past few decades. Academic research published in 2015 from the Heat Pump Center at the Oregon Institute of Technology suggest that 1.4 million heat pumps are installed in the United States, and the number of units is increasing at 8% per year. Some Canadian provinces, such as Ontario, are incorporating geothermal heat pumps into their climate change plans with the goal of eliminating all combustion heating by 2050.

How Satisfied are People that Own Geothermal?

There is a widely-quoted statistic that says that 95 percent of geothermal heat pump owners would recommend geothermal heating and cooling to a family member or friend. Accompanying that quote is the claim that this level of satisfaction exceeds the level of consumer satisfaction for conventional systems.

However, while this statistic is widely cited, we have not been able to determine where the statistic came from. Ryan Dockerty from GeoExchange.org, a geothermal heat pump trade organization, helped us research this statistic. He was unable to find a source, and estimated that the claim itself originated in the late 1990s.

How Do Geothermal Heat Pumps Work?

Most geothermal heat pump systems are fairly simple. They’re composed of three major parts: the heat pump itself, which is located in the house, the ductwork running throughout the building, and the ground loop, a set of underground pipes that connect to the heat pump.

Geothermal heat pumps work by transferring heat from one place to another. This is done using a compressor to pump fluid through a cycle of evaporation and condensation, much the same way your refrigerator or air conditioner does.

When heat is required, the geothermal heat pump warms fluid by passing it through underground pipes while transitioning to low pressure, so that the fluid will absorb the heat of the earth. The fluid is then compressed as it passes through the heat exchanger to release heat into the building. When cooling is required, the system basically works in reverse, so that heat is absorbed into the fluid above ground. When the fluid is pumped down into the ground loop, heat will naturally be transferred from the hot fluid into the cooler ground.

The manner in which your ground loop is configured changes depending on your home’s location, climate, soil conditions, and a variety of other conditions.

There are four basic types of ground loop configurations:

While the land commitment isn’t extensive — a vertical ground loop, for example, can be installed in an area as compact as 10 feet by 20 feet — it is a requirement. What’s more, the ground must be free of any utilities and it must be accessible to a drilling rig of some kind. The Oregon Institute of Technology study mentioned above found that 70% of residential closed loop systems are horizontal ground loops, while only 30% are vertical ground loops.

Though it is increasingly common to find geothermal heating options in condominiums, the technique is most often applied in free-standing residences and business properties.

Use Your Geothermal Heat Pump to Supply Hot Water

With the addition of a secondary heat exchanger called desuperheater, you can use some of the energy from your geothermal heat pump to heat your hot water tank. A small electric pump will be needed to circulate cold water from the bottom of the hot water tank through the desuperheater, where it will pick up heat energy, and back into the tank. In the winter, the desuperheater will transfer heat from underground into the water, while in the summer, it will use heat extracted from your home.

How Much Do Geothermal Heat Pumps Cost?

Perhaps the most notable drawback to geothermal heating systems is the initial installation price. Estimates of cost vary broadly. For example, EnergyHomes.org offers an estimate of $25,000 for a 2,500 square foot house. Probably the most careful estimate was developed by Jay Egg, one of the authors of the book Geothermal HVAC. He estimates the total installed cost for an average system at $42,000.

The US Federal government offered a sustantial tax credit for geothermal systems, but this credit expired at the end of 2016.

The Environmental Protection Agency estimates that geothermal systems are, on average, 48 percent more efficient that gas furnaces and 75 percent more efficient oil furnaces. That average increase in efficiency can save homeowners anywhere from 40 to 60 percent on their utility bills. In other words, with a high-efficiency geothermal system, homeowners can save money each month and recoup the installation expense in as little as a decade.

How Much Land is Needed for a Geothermal Ground Loop? Is This an Option for Condos?

As a general rule of thumb, you can estimate you will need 500-600 feet of pipe for every ton of system capacity. For a 2,000-square-foot building, you would need about 3 tons of capacity or 1,500-1,800 feet of pipe. The amount of space required to get all this pipe underground will depend on the installation method you choose—horizontal or vertical. A vertical installation will obviously have the smaller surface footprint and is typically the best choice for geothermal heat pump systems for condos.