Is Air Conditioning a Right? | FurnaceCompare®
Skip to content

Home / Blog / Do You Have a Right to Air Conditioning? 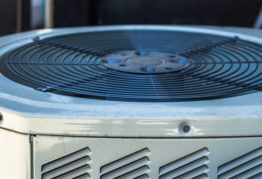 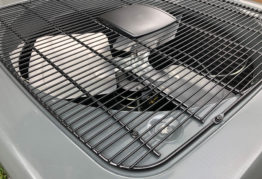 What is a Condenser?

What are a tenant’s rights when the air conditioning breaks?

If the AC in your apartment is on the fritz in the middle of summer, you probably want it fixed yesterday! A few sleepless, sweaty nights will do nothing for your mood when negotiating with the management; however, before you lose your cool completely, be sure to know your rights. Is air conditioning an amenity or a necessity? Can you fix it yourself and deduct the cost from your rent? Who do you call when the landlord just doesn’t respond?

The fact is that landlord/tenant law in 2020 is complex. To answer any of the questions above you must wade into complicated legal territory. The information that follows gives a basic understanding of what’s at stake and points you in the right direction.

What are your rights when it comes to heating and A/C?

Even though heat waves may not make front-page news as dramatically as do earthquakes or hurricanes, extreme heat can be a dangerous killer. The National Oceanic and Atmospheric Administration (NOAA) reported that 108 Americans died from heat-related conditions in 2018, up from 94 in 2016 and 45 in 2015.

In 1995, temperatures in Chicago soared so high that an estimated 700 city residents died during a one-week period in July. More recently, the Earth Policy Institute reports over 52,000 Europeans died in the summer 2003 in “one of the deadliest climate-related disasters in Western history.”

Nonetheless, tenant attorney Steven R. Kellman of The Tenants Legal Center in San Diego says, “Functioning air conditioning is usually considered an amenity rather than a requirement of habitable living conditions. If you live in an area that experiences fairly high temperatures or you have a medical condition requiring a functioning air conditioner, the law might look on that differently.”

In addition, he says, “Broken air conditioning is the number one maintenance issue we see in summer.”

Teas also notes that changing federal energy guidelines make air conditioning repair more difficult than it used to be. “You can’t just replace a part or squirt in some Freon,” he says. More often these days, the newer, more efficient parts require changing the compressor or making other major changes to upgrade the entire system.

Teas says that in Texas, a landlord’s responsibility is to “repair or remedy” any condition that “materially affects the physical health and safety of an ordinary tenant.”

“Some judges,” Teas conjectures, “will rule that air conditioning in August definitely affects the health and safety of a resident. Some will say that people have lived without AC for decades, so just deal with it.”

You may find this interesting: 23 Creative Ways to Pay for a New Air Conditioner

The relationship between a landlord and tenant is governed by the state in which you live. As a result, every state is slightly – or significantly — different. Like with divorce and car accidents, don’t assume what is true in one state holds in another. Get the facts.

The consumer protection departments of many state governments offer some user-friendly information about landlord/tenant law. Searching landlord tenant law on a state government homepage will usually lead to some helpful information. In addition, searching tenants rights + [the name of a city or state] in a general search engine like Google will also turn up relevant resources. Finally, the US Department of Housing and Urban Development has an interesting list of resources by state.

In addition to state law, cities can regulate rental practices through municipal ordinance. In the state of Wisconsin, for example, landlord tenant practice is governed by several different administrative statues. Wisconsin as a whole does not have a large renter population, but in the city of Madison, where the majority of residents are renters (US Census, 2000), there is an additional set of codes that make tenants’ rights stronger. In Madison, landlords pay interest on a security deposit; in Oshkosh, any interest earned stays with the landlord.

Despite differences in the details, in most states a landlord’s responsibilities fall under the “warranty of implied habitability.” Habitability generally means “conditions that are fit for living,” but Bill Deegan, Executive Director of Renter Nation says, “There is probably no national standard definition of what this means.”

Often a habitable residence is described as one that includes hot water, flushing toilets, non-leaking roofs and walls, heat, doors that lock, and a place to dispose of garbage, among many other things. Habitability is based on safe, sanitary, and secure living conditions; it does not mean perfect or aesthetically pleasing. And, as noted by attorney Kellman above, it does not include air conditioning.

A Word about Leases

Attorney Alberto M. Cardet practices in Miami, Florida where air conditioning is a “big issue.” He says that “landlord- tenant relationships are very casual until something goes wrong. “Then it becomes a he-said-she-said argument.” As a result, Cardet explains, in many places, including Florida, landlord/tenant law “lives and dies on notice issues” meaning when and how did you let the landlord know the A/C was broken and how long did you wait for him to repair? A good lease will spell out the obligations of both the tenant and the landlord in such cases.

Tenants’ organizations or student groups will often have sample leases for review. Knowing in advance what to expect in a lease makes it easier to negotiate. At the very minimum, make sure the lease has full contact information for the landlord and/or management company. A cell phone number alone is not adequate. Make sure you have a postal address, along with an email address, if possible. Ask if there is an office that answers calls 24 hours a day. Who do you call in the middle of the night?

Cardet recommends two additional things a tenant can do at the beginning of a rental agreement to lessen the chance of a repair problem later.

Attorney Kellman says he advises people who are signing a lease to “take a step back” and think about what is most important in a living situation. It’s going to be different for each person, he says. So, if you know you are heat sensitive and will be highly distraught without air conditioning, specify in the lease: “The landlord will maintain the air conditioning in good working order.”

“If a landlord is unwilling to put something in writing that matters to you,” Kellman suggest, “it’s a red flag. A good landlord,” he says, “may be more important than a good property.”

About air conditioning in particular, Kellman says, “If the A/C system was there at the inception of the tenancy, even without a lease, it is included just as if it were a refrigerator or a stove.” A lease, however, could exclude the A/C from maintenance or repairs so it could fail during the tenancy and the landlord may not have to repair it.”

In the Heat of Crisis

You are definitely not the first person to have landlord troubles, and you are not alone. Most big cities have a tenants’ association, a non-profit organization which provides help to renters. New York City, for example, has at least three: the East Side Tenants Coalition, the West Side Tenants Association, and the citywide Metropolitan Council on Housing.

Tenants groups provide a variety of services including information through publications and programs, helping tenants organize within a building, providing free or low-cost legal counsel, and advocating for tenants rights through a legislative agenda.

Kellman advises strongly that no tenant should take action against a landlord without seeking legal advice first. There’s big money at stake for the landlord, he cautions, who is running a business. The tenant, who is in “the business of living,” may be inclined to “wing it,” but Kellman says it rarely works out. Common sense or something that worked for a friend or something on the internet may or may not apply in any particular case, and could, in fact, work against the tenant’s best interest.

“The biggest mistake I see,” Kellman says, “is tenants who send mean-spirited, threatening letters to landlords which misinterpret the law and the true legal positions of the parties.” Those letters always end up in court, Kellman says, and make a tenant look unreasonable. Then, when the landlord says nicely how hard he tried to work with the tenant – who was uncooperative and inappropriate – the landlord’s position is more convincing.

As noted above, state and local law will dictate the specific steps a tenant can take in order to pursue a landlord who is not responding to a known problem. In some states it is OK to withhold rent or to “fix and deduct” but only under very specific conditions.

“Witholding rent is always dangerous for the tenant’s case. You have got to make sure you have a strong position,” Kellman explains. “You wouldn’t test a rowboat after you took it out into the middle of the lake, would you? Get advice first.”

Despite the difference between state laws, some practices apply across all tenant/landlord conflicts.

The legal requirements for landlords when it comes to your heating and cooling can vary from state to state. The table below provides resources for each state to help determine exactly what rules and regulations apply to your living situation. Resources include:

Although your landlord may carry some or most of the responsibility for ensuring that your heating and cooling systems are operating properly, there are several steps you can take to help maintain your HVAC systems. Maintain both your long-term relationship with your landlord and the long-term health of your systems by following these simple steps throughout the year:

By being a good tenant, you can save yourself and your landlord time, money and comfort. By taking care of these simple maintenance suggestions, you can help ensure your residence remains safe and comfortable, no matter how hot or cold it gets outside.

Doing your part each day, seasonally and annually will also show your landlord that you are a responsible tenant who is dedicated to helping keep your home in good working order.

Establishing a relationship of mutual respect with your landlord can help make sure your landlord lives up to their end of the agreement as well. If a landlord sees that you are not taking care of your HVAC system or are doing things to damage your heating and cooling, you could face reprimand and even eviction from the property. Forego conflict with your landlord by carrying out the common-sense routine solutions that help to keep your heating and cooling systems operating efficiently for the long haul.